The "Boutique Hotel zur Post" is in the middle of the historic old town of vohburg, 100m from the danube. You will reach restaurants, shops, banks and the beautiful marketplace in a few minutes on foot. Directly on the historic castle hill, which was already around 1500 B.C. settled. Duke Ludwig of strict had converted the castle 1255 as the administrative center. The oldest carved into stone coat of arms of bavaria is mounted in the castle gate. Duke Albrecht had it cut in stone.

Our "Boutique Hotel zur Post" consists of 3 buildings with 55 rooms, including a heritage listed building with two gables. Since 1883 also the horse changing station of the post office war here housed. In the forme dormitories of the brewer-family Thalmayr today there is our Agnes-Bernauer-Wedding-Suite with just under 50 square meters space and jacuzzi in the bathroom. Modern and upscale amenities in the historic building for your business trips, conferences, short breaks or cycling.

Service is our strength. Enjoy the special charm of our hotel.

Our modern rooms are high-quality and most suitable for allergy sufferers. All rooms have a safe in the closet, an elegant bathroom with shower, toilet, hairdryer and free care products. The rooms are soundproofed and has a high quality wooden floor. Its key features include a flat-screen TV with satellite connection and free WiFi in the hotel room.

Our rooms suit all requirements - from single to double rooms to suites for 4-5 persons.

The house has an elevator so the rooms are mostly to achieve barrier-free. The Boutique Hotel is a pure Non smoking property.


Space for business as well as for private activities

All rooms are equipped with a desk and offer the possibility to make the last notes of the day. Furthermore most of the rooms offer an sitting area. The Wifi for your Notebook is free.

Find rest and relaxation in our special weekend offer. From Friday until Sunday or from Saturday until Monday. 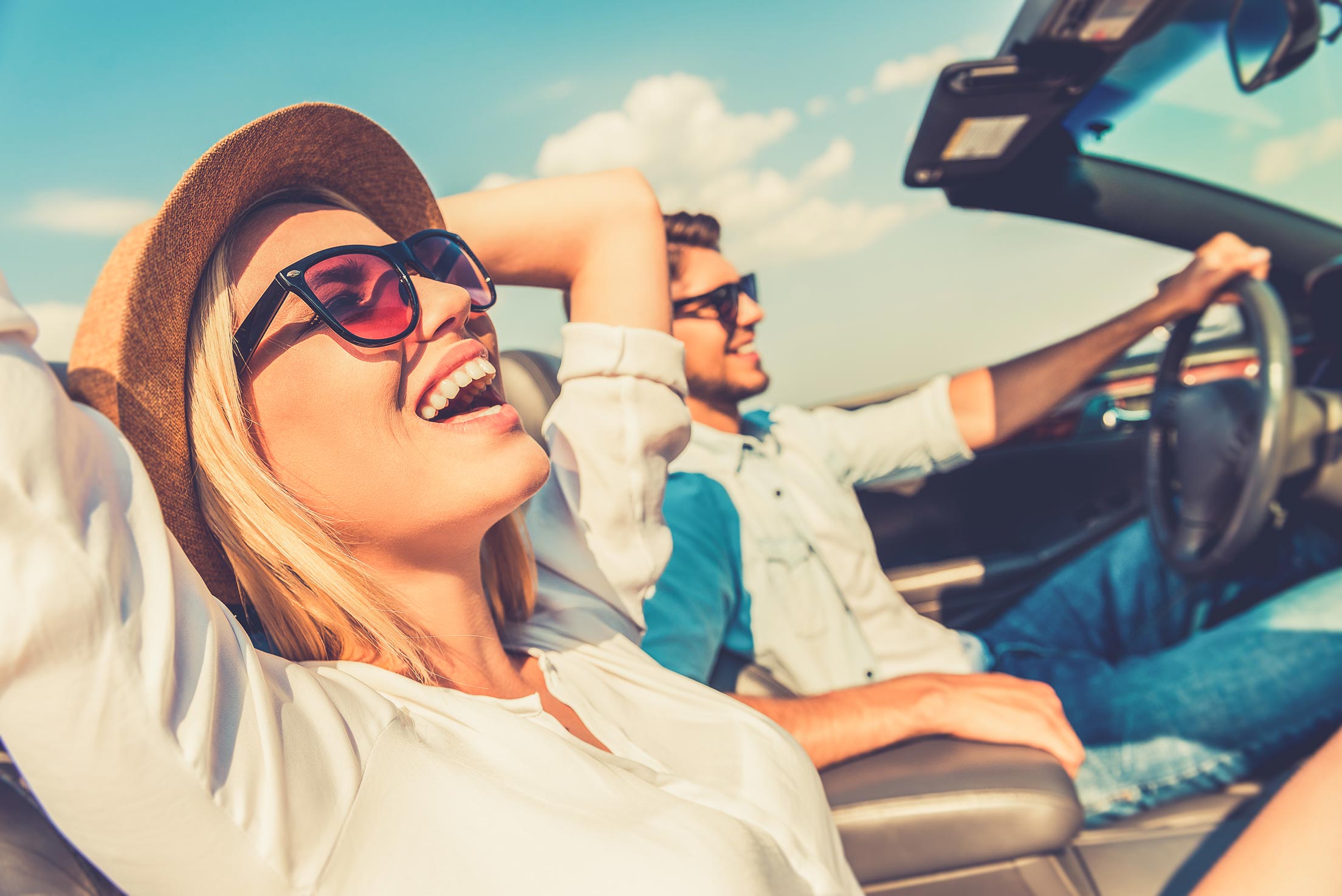 Gladly we will create you according to length of stay and season an individual offer.
Please note our current arrangements.

The prices above are indicated per room according to the season, breakfast included.


If you have any questions or any special requirements we can also be contacted by telephone.

Pets allowed for an extra charge of 10 € per day.

The staff speaks English and German

Children up to and including 3 years are free.
Up to 12 years there is a daily extra fee of 15 €.
Children aged from 12 are considered as adults.

We got free internet access in all of the hotel’s areas.

Our house is 100% a non-smoking-hotel


Cancellations can be made free of charge up to 1 days before the confirmed date (6:00 p.m. the night before) by

In the situation of a later cancellation,
cancellation costs will be incurred.


We accept payment with EC bank cards and credit cards.

We ask for your understanding that cash payment is no longer possible.

Payment on account for business clients can be offered after successful costs absorption.


We guarantee Online bookers, who book directly on our website or per email, the best prices and favorable cancellation terms.

The Most modern conference technology and professional support during your stay turn work into fun!

Our hotel is the perfect host to symposia, meeting and conferences. After your meeting we offer our consulting and audit in the following areas:

catering throughout the event (coffee, tea, fruits and snacks),


We will gladly make you an offer for a per diem flat rate in order to make the costs calculable.

REQUEST FOR A CONFERENCE 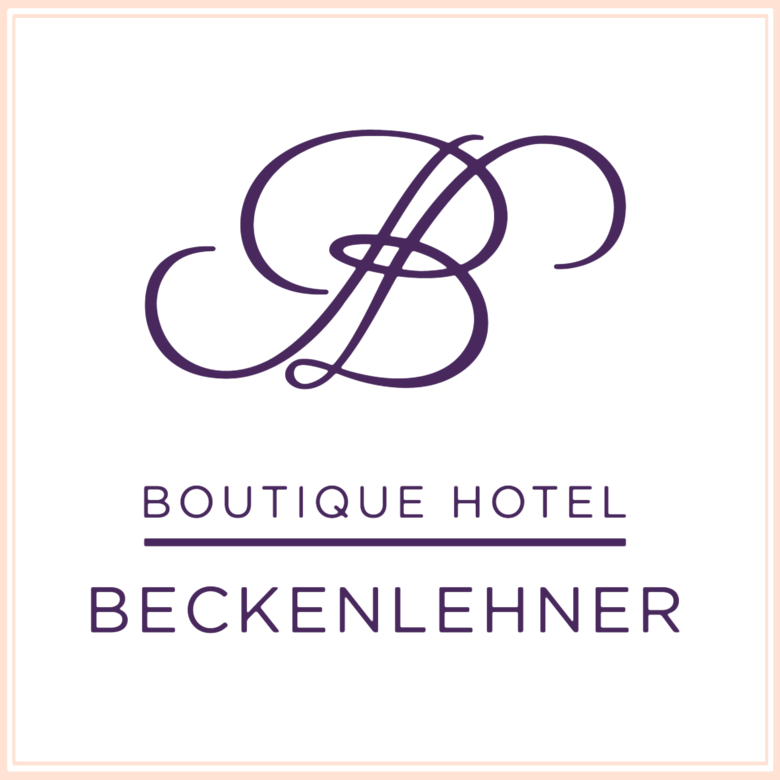 
Many people say „Munich is the most southern city of Italy“. This claim may exist, because of the charm, the joy of live and the pleasure, wich Munich stands for. Just as same as our Hotel in the south of Munich, with an excellent rail connection to the city center.
Located in a central but also secluded area, our hotel is a place of hospitality, exclusivity and comfort. With 37 rooms and a bright breakfast room our hotel is a popular destination for both leisure or business traveller. A sunny lounge area invites you to stay. 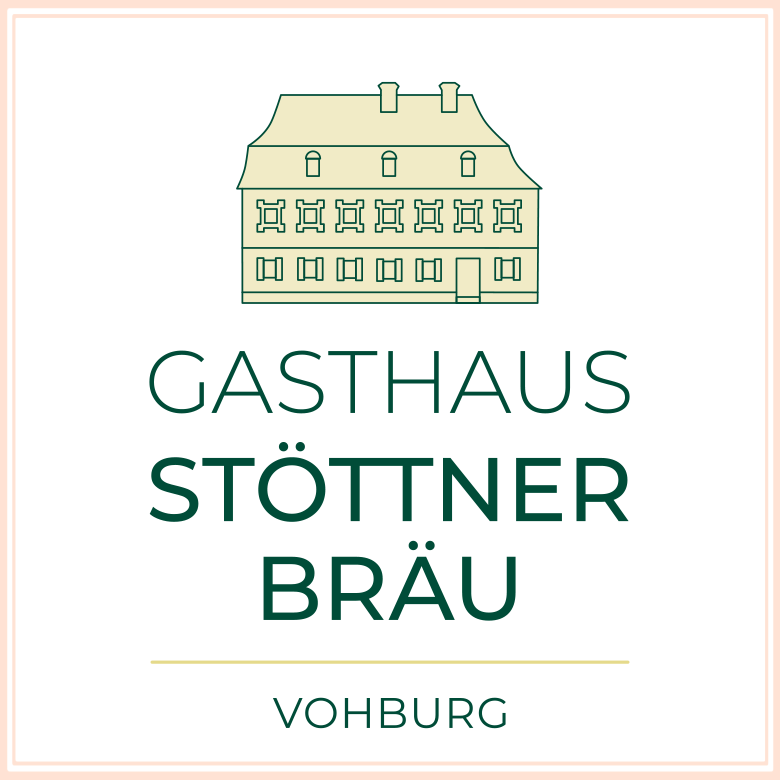 
The history of the Gasthaus Stöttnerbräu is long. From the former "Dismasbräu" of the Sonner family (1787), the manager Max Stöttner to Anton Maier from 1925, who brewed here until the end of the 1960s.
Kai and Maria Magdalena Michaelsen and their team welcome you to the newly renovated Stöttnerbräu at Vohburg.
With history in our hearts we feel committed to the future.
Together with our supplier partners, we consistently focus on sustainability in all aspects.

The most beautiful day of your life

You`ll get married in the historic setting over the rooftops of the city in the "Pfleger-Castle" directly on the castle hill. The "Thalmayr-Stadl" is at the foot of the castle hill very near to the boutique hotel post. The house of culture has been re-opened 2013 and is a blend of modern and history.

The small hall on the ground floor of the "Thalmayr-Stadl" can accommodate up to 50 people. This place is perfect for your champagner-aperitif after the marriage. The hall appears mystical by the old walls and the light effects. The wedding hall upstairs can accommodate upt to 150 people.

The building can be rented by the municipality. The wedding night you will spend in the "Agnes-Bernauer-Wedding-Suite" with whirlpool and champagner.

The morning after with Wedding-Brunch: There`s an extended wedding brunch at the morning after the party for all for guests. The brunch is a nice end for your celebration.


We look forward to your request, the consultation and provide you with a comprehensive offer.

REQUEST FOR A WEDDING

The danube bike and hiking trail is total 2850 km long and passes our property. The danube bike an hiking trail mostly runs on both sides of the danube. Der Trail follows a former roman road along the danube limes. There are castles and fortresses to the danube delta. According the ADFC-bike-analysis 2013 counts the bike path to the ten most popular german cycle routes. In addition to this the bike path is the most popular foreign bike trail. Please look up the information under www.bayernbike.de. Here you will find very helpful informations regarding the route and the difficulty of the route. After a restful night in our beautiful house and a herty breakfast you will can start your trip along the danube. The "Altmühltal-Bike-Path" leads past roman castles, impressive churches and monasteries. You will drive through the green hop yards in the Hallertau, which is the world largest hop growing area.

Forest bathing - In contrast to the classical forest walk, forest bathing immerses you more intensively into the forest atmosphere. Under specific guidance all senses are consciously addressed with different attentiveness and relaxation exercises. You find more information approximately around forest bathing on the web page of "waldmomente"
www.waldmomente.bayern

The old duke city of vohburg with the historic old town and the castle hill exudes a special charm. Duke Ernst of bavaria built up again in 1414 the destroyed castle. His son Albrecht III. lived here in the years 1432 till 1435 with his beautiful wife Agnes Bernauer. She was from augsburg and not befitting. According to history, father duke Ernst of bavaria left her murder. After the death of Agnes in the year 1435 and after the final destruction of the castle by sweden in the year 1461, the city vohburg lost the gloss. It was called back "Market Vohburg". Because of the history of the city and the construction willed the place was again raised to town in the year 1952. There are Agnes-Bernauer-Festivals on the historic castle hill. Please visit the outdoor performance which has a centennial tradition. The oldest coat of arms of Bavaria dates back to 1477 and can be viewed at the town hall. Also our hotel is a part of the history of the town vohburg. The house was built in the 2nd half of the 16th century. Here was the horse-changing station of the post since 1883.

Ingolstadt is Germany`s youngest city. Since the year 1472 Ingolstadt was the first university of Bavaria. Ingolstadt in the year 1516 the bavarian "Reinheitsgebot" for the brewers was written. You will enjoy many historic sights, the charm and the dynamics of this city.
www.ingolstadt-tourismus.de.
A perfect shopping-day you will have at "Ingolstadt Village". This premium-outlet-shopping-center is only 16 km away from the hotel.
www.ingolstadtvillage.com.
Audi - Forum Ingolstadt. This is where the brand presents itself in all its facets.
www.audi.de.
Liebfrauenmünster, Ingolstadt - Liebfrauenmünster, Ingolstadt - was built in 1407 as a wooden church. Duke Ludwig the Bearded of Ingolstadt (ruled 1413-1447) extended the church into the spiritual centre of his duchy. From 1429 he had the still existing building erected, which was completed in 1525). The actual name of the church "Zur Schönen Unserer Lieben Frau" goes back to a picture of the Virgin Mary donated by him.
www.historisches-lexikon-bayerns.de

Monastery Weltenburg - Danube Shipping Brunch on sunday, monastery weltenburg, operettas shipping, the lunch-ship, brunch on mother´s day, excursion on father`s day, bavarian evening on the danube and many more. Enjoy the relaxed atmosphere during the trip. Timetables and more information for events you will find here
www.schiffahrt-kelheim.de.

Cathedral City Regensburg - UNESCO world heritage "One of the most beautiful cities in the world." Sir Lord Norman Foster, English star architect
You have to visit regensburg with the narrow streets, great places and high patrician towers. Regensburg was once a thriving commercial metropolis and the political center of the holy roman empire. Today Regensburg ist germany`s medieval city best preserved. Since 2006 is the city UNESCO world heritage. 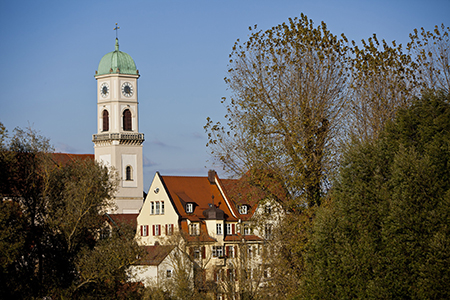 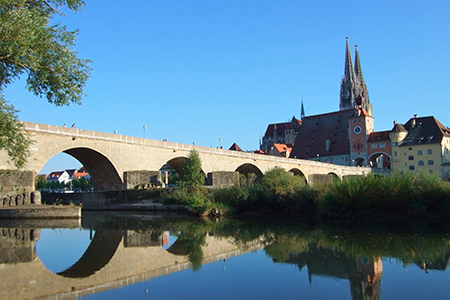 The romantic town of Riedenburg, situated in the Altmühl valley and on the Main-Danube Canal, which was completed in 1992, is surrounded by mountains on which the Rosenburg Castle, the Tachenstein ruins and the Rabenstein ruins stand.
www.falkenhof-rosenburg.de

The castle, first mentioned in 1037, was partly rebuilt into a Renaissance and Rococo chateau. However, the medieval appearance and many Gothic elements of the castle were preserved.
www.burg-prunn.de

As early as 1418, the foundation stone was laid for the original fortification. It was the seat of Ingolstadt dukes for several centuries and was extended again and again. The New Palace now houses the Bavarian Army Museum.
https://www.ingolstadt-tourismus.de

Neuburg Castle stands on an elevation on the Danube and presents itself in a mix of Renaissance and Baroque. Seen from the river itself, the castle and the old town of Neuburg form an enchanting backdrop.
www.neuburg-donau.de

The royal villa is the only finished construction of Ludwig II.. Not only the french influenced artistic interiors, but also the impressive park are counting as ones of the most beautiful of the 19th century.
schlosslinderhof.de

The Royal House at Schachen

At a height of 1800m in front of the Wetterstein massif sits the small castle at Schachen. Simple from the outside it unfolds its full oriental glory on the inside in the richly decorated Turkish hall.
www.schloesser.bayern.de

Based on the model of Versailles the castle in the style of absolutism is bursting with wealth and splendor. The State bedroom of the unfinished castle is rated as the most expensive room of the 19th century.
www.herrenchiemsee.de

The interior of Neuschwanstein castle shows Ludwig’s faible for the culture and the royalty of the Middle Ages. The castle is one of the most famous buildings in the world, therefore it is visited every year by up to 1,3 million visitors.
www.neuschwanstein.de

Rose Island in the Lake Starnberg

In the middle of lake Stanberg, surrounded by fragrant flowers, you find rose island, with the Pompeian casino, where Ludwig II. invited every now and then special guests.
www.starnbergersee-info.de/roseninsel

Detailed information about the Hotel-Restaurant "MOHRS" as well as the latest menu is available at:
www.mohrsgrill.de 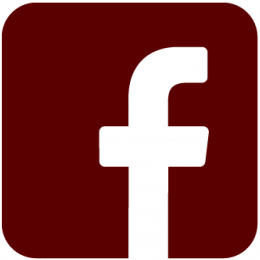